Red-tailed Phascogales are a miniscule dasyurid now restricted to remnant bushland in the West Australian Wheatbelt. The habitat in which it is found is She-oak woodland associated with a mixture of Wandoo and/or Powderbark. In common with other small dasyurids, males of the species don’t quite make it to one year of age, dying after their first frenetic mating season between the months of May and July.

Although it is possible to find this species spotlighting, indeed I have had five encounters (some very close) with Red-tailed Phascogales in this way, they are a light shy and extremely agile species often retreating to the far side of a tree limb to avoid white light.

It is well known theory that ambient light from the moon can affect wildlife sightings at night, especially in the case of the smaller mammals ie rodents, phascogales, honey possums. Anyone spending a lot of time spotlighting can attest to decreased sightings of these animals on bright, moonlit nights. Indeed, it is my habit in the planning a wildlife watching trip to use a moon calendar and consider the lunar cycle in mammal watching plans.

Over four consective Saturdays in month of July I thermal imaged at Tutanning Nature Reserve to see what effects the lunar cycle, and to a lesser extent how wind and cloud cover would affect Phascogale sightings. July being the mating season for this species I anticipated increased activity at this time.

Tutanning Nature Reserve is 180 kilometres, or a two and a half hour drive Southeast, from the state capital Perth. To date, two of my five sightings of Red-tailed Phascogales have been on Tammar Road in Tutanning (three at Dryandra Woodland.) Tutanning is excellent habitat for Red-tailed Phascogales because of the large areas of mixed She-oak / Powderbark Woodland. Phascogales use hollows in the Powderbark for nesting and hunt in She-oak for mainly invertebrates.

The above photo attests to the numerous fallen branches of she-oak woodland, these are difficult to negotiate at night through a thermal imager viewfinder. During the month at Tutanning I trialled attaching a small pen torch perpendicular to the thermal imager to light the forest floor which saved many falls, and thus stern words from my partner about coming home from the bush covered in bruises!

The first Saturday I timed my arrival at Tutanning prior to sunset, which was fortuitous, because it was a warm day (for July) and on my arrival late afternoon there was an Echidna foraging on the forest floor. This species can be a little camera shy and will roll into a ball or dig into the ground if threatened, but given respectful distance photographs are possible.

Five minutes after photographing that first Echidna I found a second much grubbier animal with its face deep in the litter of the forest floor feeding on the ants and termites.

I chose to explore Tammar Road after dark, because this was the area most familiar to me, but also, it was where I previously had both sightings of Red-tailed Phascogales. Once darkness had fallen the moon was so bright that I could have read a book by the moonlight, and Red-tailed Phascogale encounters were definitely looking like an outside chance!

The only notable viewing after dark was of an Owlet Nightjar, unusually for this species it perched in the spotlight for a prolonged period of time. A bright moonlit night is perfect conditions for a bird of the night that hunts insects by sight.

The very bright conditions resulting from the full moon, unsurprisingly meant an absolute dearth of small mammals, after three hours in the forest I capitulated and made the return drive time to Perth.

The previous week I made use of daylight to find a new Phascogale site, other than Tammar Road, within Tutanning. Possible sites had to to fulfill certain criteria. Firstly, a track was necessary from which to search, so that fallen branches and noise generating leaf litter were at a minimum.

Secondly, a track would best be away from the edging effects of reserve boundaries, where wildlife numbers are adversely impacted due to the incursions of predators, especially cats, from surrounding farmland. Finally of course, the track had to pass through suitable habitat of she-oak woodland interspersed with powderbark stags.

An area that fitted all of the above criteria was Rosella Road in the North East of the Reserve, and so it was here I began the evening on what was a moonless start to the night on week 2. The plan was to initially explore along Rosella Road before moving onto Tammar Road until moonrise after 11pm, at which time I would return to Perth.

Thermal imaging along the track, I had gone a mere fifty metres from the car when I picked up a heat image on the forest floor twenty metres to the left of the track. As I approached the heat image through the fallen she-oak branches, the animal sensed my approach and retreated to a tree. When I put a spotlight into the tree, there was a lovely Red-tailed Phascogale.

The Phascogale froze on the branch as is their habit when caught in close proximity to a spotlight. Being so close to the Phascogale, I was able to observe the amazing hind feet which can rotate 180 degrees, to enable these most agile of arboreal marsupials to climb through the canopy. Illuminated up close the stunning rust red colour of the bottle brush tail and the rufous tinge of the fur, especially prominent behind the ears, was obvious.

I continued along Rosella Road but other than finding a few roosting birds things were quiet so I returned to the car and moved on to Tammar Road. Here I found a Brushtail Possum feeding in a powderbark tree, although this species are most commonly seen in the acacia trees at Tutanning.

Also while thermal imaging along Tammar Road I picked up a heat image moving along fallen logs. I was unable to get eyes on it, being quite distant from the road. I thought this animal was most probably a Dunnart, showing the lack of moonlight was resulting in increasing activity among the smaller marsupials on this night.

The third Saturday I was at Tutanning I made a beeline for Rosella Road to see if I could replicate the Phascogale success of the previous week. I set off shortly after dark proper, once again within fifty metres of the car I picked up a thermal image moving on the forest floor, this time on the right hand side of the track.

On my approach the animal once again sensed my presence and moved away, so I put the spotlight on it from a distance. The Phascogale, for once again that was what it was, retreated to the tree canopy, indeed to the far side of a tree limb to avoid the light, classic avoidance behaviour of this species. The pale/cream fur on the underside is clearly visible in this picture.

This was probably the same animal from the previous week given the similar location and time. When I briefly removed the spotlight from the Phascogale it immediately disappeared, and even with the thermal imager I was unable to relocate it. Phascogales it seems are masters at avoiding detection.

I continued down Rosella Road and within thirty minutes had located a second Red-tailed Phascogale, this animal was also quite a distance away from the track and was alerted to my presence from my noisy approach through the leaf litter. Nevertheless, once it froze one a she-oak limb, I had good views.

After photographing this Phascogale I returned to the car and in the process picked up a third Phascogale, although this animal was very close to the first sighting and so was almost certainly the same Phascogale first photographed. The moonless conditions were once again proving a winner for the smaller marsupials.

I had a brief spotlight from the car along the forest tracks finding only Western Grey Kangaroos, and with the hour now late and temperatures really dipping with the lack of cloud cover, it was time to return to Perth.

The final Saturday at Tutanning conditions were quite different to the other three weeks in that a cold front was moving through with associated wind and showers. This meant that although on arrival a quarter moon had risen, most moonlight was obscured by cloud.

I parked on Rosella Road and unbelievably once again, within 50 metres of the car, I picked up a Red-tailed Phascogale, a quiet approach ensured the Phascogale was low in the tree when I put the spotlight on it. This animal had a prominent tear in the left ear, which when compared to the Phascogale photographed at the same location on week 2, also had this same tear, this was the same animal. Unfortunately photos of the animal at this location from week 1 were taken from the left and any tears in the right ear are not visible, but almost certainly I was picking up the same Phascogale at this location week after week.

I walked along Rosella Road, but found no further Phascogales, cloud had cleared during this part of the night and moonlight was prominent. On the return to the car conditions had clouded over again when I came across the Phascogale initially photographed, which I took care not to disturb.

I had a further walk along Tammar Road later on in the evening coinciding with another cloudy period and found the dark conditions had brought out a Dunnart. The final animal of the night was a Tawny Frogmouth perched high up in a She-oak.

Phascogale sightings over the four Saturdays I was at Tutanning coincided with moonless parts of the night, or if the moon had risen, cloud cover. This light aversion is beneficial for predator avoidance. The numerous encounters with a Red-tailed Phascogale at roughly the same time and location on Rosella Road would indicate proximity to a stag or nesting tree. On the last week prior to darkness I identified a probable stag powderbark in the immediate vicinity of the sightings.

Tutanning Nature Reserve is often overlooked by wildlife watchers in favour of the bigger, and better known nearby reserves of Dryandra Woodland and to a lesser extent Boyagin NR. While the tracks and signage at Tutanning are certainly more dilapidated, with 4WD necessary to explore certain parts of the reserve, the upside of this is the much lower visitor numbers, indeed, it is rare to encounter anyone else in the reserve.

Tutanning may not contain that most sought after mammal of the Wheatbelt Reserves, the Numbat, but it can be very good for certain fabulous species, in particular Tammar Wallabies, Thorny Devils and Red-tailed Phascogales. 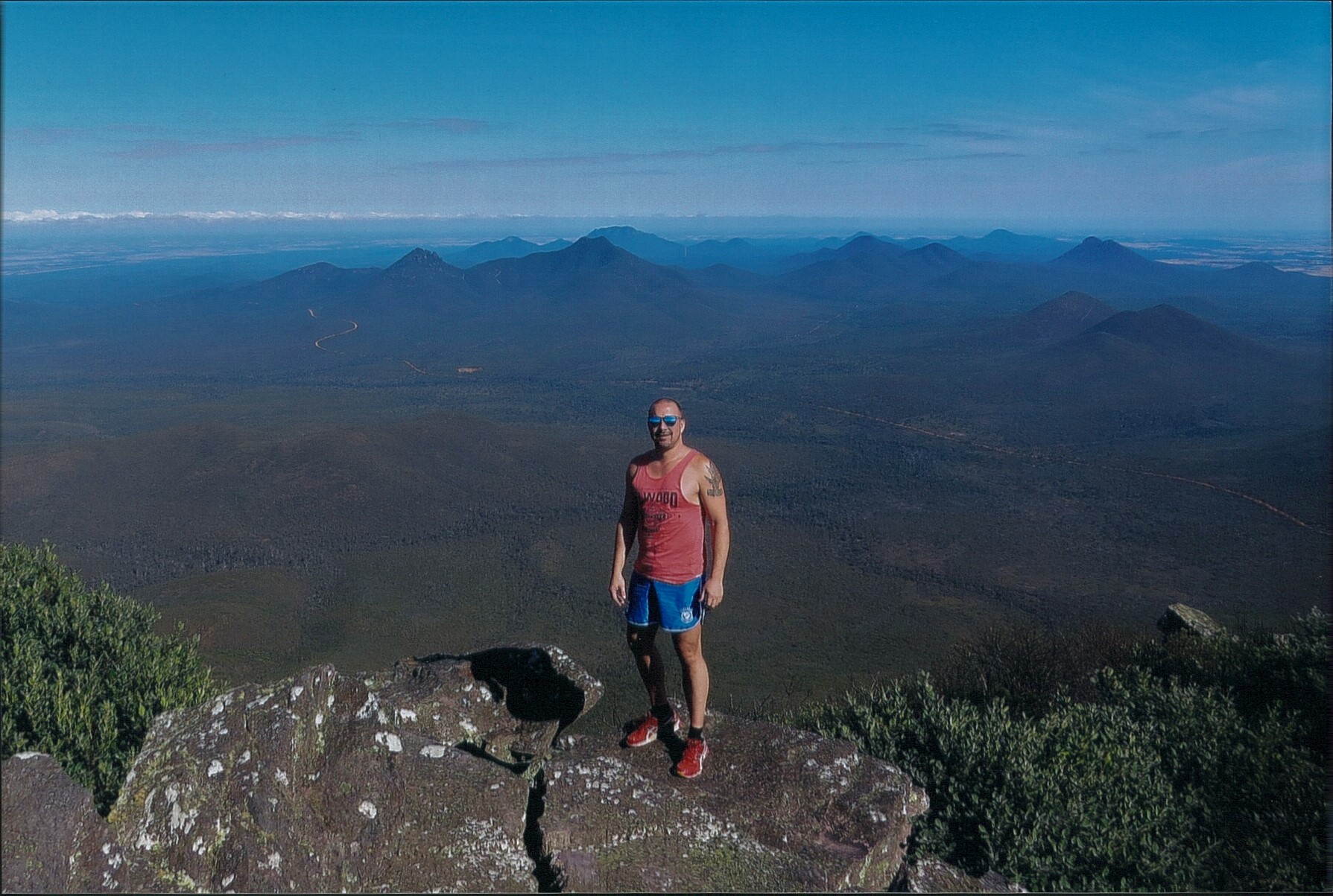